Edinboro University of Pennsylvania will remove 21 academic programs over the next few years, the Erie Times-News reported. 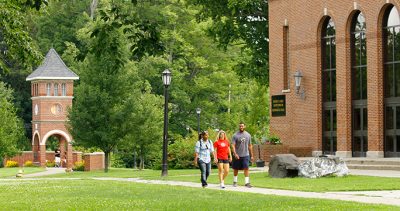 “Moratorium basically means no new students will be admitted into these programs, but students currently in the programs, if they wish to, will be able to complete them,” Edinboro Provost  Dr. Michael Hannan said.

Edinboro and other schools in the Pennsylvania State System of Higher Education “are required to balance their budgets by June 30, 2022, and to reduce faculty and staff to reflect lower enrollments,” the Erie Times-News reported.

Faculty and staff cuts are expected in spring, the Erie Times-News reported.

Due to early travel restrictions imposed by the United States Citizenship and Immigration Services (USCIS) and the nature of the novel coronavirus itself, the COVID-19 pandemic has changed how study abroad and student exchange programs in higher ed operate.

At the University of Mary Washington (UMW) in Virginia, Dr. Jose A. Sainz, director of the Center for International Education, said it was clear early on that “travel was going to be impossible” this past summer. What followed was canceling all international travel for fall 2020 and any faculty-led programs and conferences — as well as deferring students still interested in international programs for the spring of 2021. 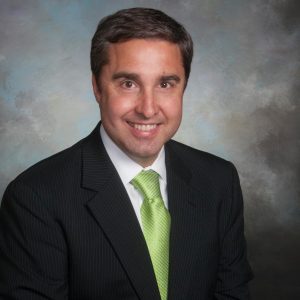 This is the case for many universities, including the University of Mississippi (UM).

“COVID-19 has impacted study abroad in that fewer students are studying abroad due to entry restrictions, lack of visas, limited flights, and general unease about international travel,” said Blair McElroy, director of study abroad at UM, via e-mail.

And while deferred programs at UMW are set to run between May and July of next summer, “the caveat to those programs is that [the university] can cancel those programs any day,” Sainz said. However, if airlines, travel, and quarantine measures are not “deal breakers,” then students may still have the opportunity to go.

Original international program plans for spring 2021, such as extracurriculars, may be altered given safety concerns. Some museums abroad may not allow students to go as a group and cong

Stanford University announced that, in most cases, it will now rely on the Palo Alto Fire Department instead of campus police to transport students put in psychiatric holds to the emergency room.

“We are deeply appreciative of our collaborative working relationship, and we are grateful to partner with you on discussing different options for transporting students who are experiencing a mental health crisis from campus to a hospital,” wrote Dr. Susie Brubaker-Cole, vice provost for student affairs at Stanford, and Dr. Bina Pulkit Patel, director of counseling and psychological services at Stanford, in an Oct. 13 message to Associated Students of Stanford University (ASSU). “We also want to express our gratitude to the many students in and outside of the ASSU who have been committed to raising this issue and addressing this challenge.” 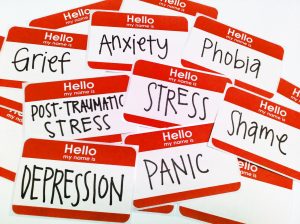 The decision comes amidst a national conversation about police practices after Black Lives Matter protests this summer, including a reexamination of what part police should play, if any, in responding to mental health crises. Campus police departments – and their place in campus mental health care – are undergoing similar scrutiny.

“In many ways, a college campus is a microcosm of the greater community,” said Laura Horne, chief program officer at Active Minds, a nonprofit focused on student mental health. “That’s why we’re seeing renewed interest in really defining the role of police and really figuring out where they can be helpful.”

From her perspective, university leaders need to think about how to make sure campus police participate in mental health interventions only “when necessary, in a limited manner and ideally with the student’s consent.”

Over the past two years, there have been several incidents where interactions between police and students of color experiencing mental health issues have allegedly resulted in use of force. In 2018, a Cambridge police officer allegedly punched Selorm Ohene, a Black student allegedly found naked and acting erratically. According to the Harvard Black Law Students Association, university health services was called but transferred the call to police. Last year, a viral video showed Black student Gianna Wheeler forc

A new study funded by the American Educational Research Association (AERA) found a correlation between public community college promise programs and an increase in enrollment among female and underrepresented students.

The research study, “Promise for Whom? ‘Free-College’ Programs and Enrollments by Race and Gender Classifications at Public, 2-Year Colleges,” analyzed the impact of 33 promise programs at 32 community colleges during the academic years of 2000-2001 and 2014-2015. The findings were published in the Educational Evaluation and Policy Analysis Journal.

There was a 23% increase in enrollment at community colleges with promise programs compared to those without, according to the study.

“The budget pressures facing states are very real, as is the developing crisis in college enrollment among the country’s least advantaged students,” said Dr. Amy Li, co-author of the report and an assistant professor of educational policy studies at Florida International University. “Given such encouraging evidence of the effectiveness of community college promise programs on initial college enrollment, working to protect them should be among the top priorities of policymakers.”

Broken down by demographics, community colleges with promise programs saw enrollment increase by 47% of Black males, 51% of Black females, 40% of Hispanic males and 52% of Hispanic females, the report found.

The increase in enrollment “confirmed the idea that free college is more than just making college more affordable,” said Dr. Denisa Gándara, co-author of the report and an assistant professor in the Department of Educational Policy and Leadership at Southern Methodist University. “Because when we look at other studies that look at tuition price reductions and the effects of reducing tuition, we do not see nearly the size of the effects that we see with promise programs.” 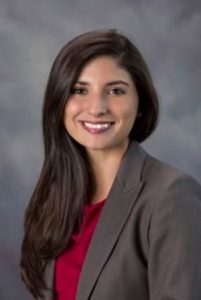 On the other hand, there wa